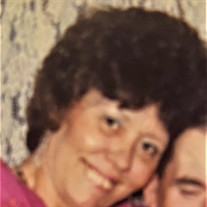 Barbara Ann Adams of Madison, TN passed away on September 26, 2021 at the age of 75. She is preceded in death by her husband, Danny Ray Adams, Sr., son Robert Earl Adams and three grandchildren. She is survived by her one brother, Ronnie Oldham... View Obituary & Service Information

The family of Mrs. Barbara Ann Adams created this Life Tributes page to make it easy to share your memories.

Barbara Ann Adams of Madison, TN passed away on September 26,...

Send flowers to the Adams family.