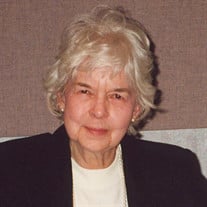 Billie Wright Young, 94, of Hendersonville, Tennessee, passed away peacefully in her sleep, with her children by her side, on Saturday, April 2, 2022. Born August 8, 1927, in Nashville, Tennessee, she was the daughter of the late Argie Lee Harris Wright and Brownie Allen Wright. Billie was a talented artist who left a profound mark on the world with her art—in her paintings that are loved, collected and treasured by many, and in her multitude of cherished friendships. As a native Tennessean, Billie Young painted scenes from many of the rural areas in and around Middle Tennessee and neighboring Kentucky. She specialized in rustic landscapes, private homes, and historical subjects. She was fascinated by art and painted from a very early age. At the age of 16, she began working in fashion illustration at a prominent fashion/department store in Nashville, working every afternoon after school. She met her future husband, James Russell Young, who was also working after school at the same store. They married after World War II and started a family, which eventually produced five children—four daughters and one son. Billie continued her fashion art, working for the four largest fashion/department stores in Nashville, and she began experimenting with other mediums, painting with oil paints and watercolors. She was encouraged to produce a printed edition of one of her favorite paintings, “Mountain Cabin.” The success of that print led her to print many more of her paintings, and in 1979, she established her company, American Country Art. At that time, she gave up fashion art and illustration to devote her time to her fine art paintings. Billie developing her own distinctive style and technique. Her paintings have been described as “realistic impressionism.” Her impressionistic style gives much more than a merely realistic rendering of a subject--her paintings exhibit a nostalgic, wistful, and happy feeling of simpler times. She felt that her paintings suggest the peacefulness of wooded, rural scenes of a bygone age. With attention to even the tiniest of details, Billie captured the subjects of her paintings with an additional emotional quality that brought her paintings to life. Interestingly, in many of her later paintings of rural scenes, one can see her signature full moon and an owl perched in a tree in the distance. Billie’s Christian beliefs always played a role in her love of nature. She always felt that nature was God’s gift to us on earth, to enjoy, appreciate and use for inspiration in our talents. She frequently quoted scripture and made an effort to read and study a different Bible verse every day. Her Bible is now so worn, faded, and frayed from use that it is almost unreadable, but she had memorized the verses anyway. As Billie’s children grew, Billie became more and more interested in working with children. She was often asked to speak to elementary and high school classes and college classes about her art techniques and her career as an artist, and she was always willing to stop and teach or guide any young person or adult who was interested in becoming an artist. She talked not only about the profession, but about techniques, materials, colors, and all aspects of art. She taught Sunday School classes and devised several events for youngsters at her Church. Billie and her husband Russell served as youth leaders for several years where they raised their five children at the Hermitage Presbyterian Church in Hermitage, Tennessee. Billie’s oeuvre, her lifework, includes commissions from many families who asked her to create paintings of their homes, paintings of many historical sites, paintings of local hospitals for centennial celebrations, many rural scenes from Billie’s imagination--she especially loved log cabins, and paintings and prints donated to several children’s organizations for fund-raising events. In addition to her parents, Billie was preceded in death by her husband James Russell Young and grandson Nathan James Harsh. She is survived by her children Carolyn (James) Whittenburg, Argie Norwood, Susan (Michael) Denney, James Russell Young and Lisa (Oliver) Barry. Grandchildren are James (Lolita) Whittenburg, Benjamin (Monika) Whittenburg, Gray (Meliza) Norwood, David (Sarah) Norwood, Kristi (Robbie) Mitchell; Jennifer (Dr. William) Anderson, Elaine (Tinsley) Neilson, John Denney, and Jason (Cinda) Schmidt. Great-grandchildren are Monica, Joshua, Lucas and Matthew Whittenburg; Zoë and Kai Whittenburg; Lennon and Cole Norwood, Tyler and Aubrey Faulkner; Isaac and Jackson Popps; Abigail Neilson; Mazie, Daxtyn, Hurley, Jamison and Asher Schmidt. In keeping with Billie’s wishes, her body will be cremated and placed in Nashville National Cemetery alongside her husband. A small graveside service will be held on April 29 at 11:00 a.m., with Chaplain William “Bill” Colburn officiating. Section KK Site 1180, Nashville National Cemetery, Madison, Tennessee. Arrangements entrusted to Spring Hill Funeral Home & Cemetery, 5110 Gallatin Road, Nashville, Tennessee 37216. “Where Nashville Comes to Remember.”

Billie Wright Young, 94, of Hendersonville, Tennessee, passed away peacefully in her sleep, with her children by her side, on Saturday, April 2, 2022. Born August 8, 1927, in Nashville, Tennessee, she was the daughter of the late Argie Lee... View Obituary & Service Information

The family of Mrs. Billie Wright Young created this Life Tributes page to make it easy to share your memories.

Send flowers to the Young family.