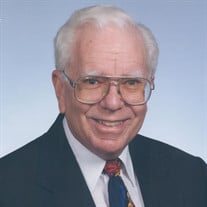 It is with great sadness that we announce the passing of Charles Lee Eby. Charles Lee Eby, of Nashville, Tennessee, was born on May 5th, 1936, in Miami, Florida, to Enos and Ruth (Sommers) Eby. He passed away on March 10th, 2022, two months before his 86th birthday. He is survived by his wife of almost 64 years, Carol Anne (Asbury) Eby; four children, Mark Asbury Eby, Lee Ann (Theo) Dekker, Timothy Ray (Michelle) Eby and Melanie Marie Eby; 10 grandchildren and 6 great grandchildren with one on the way. He is the last of his 3 sisters and 2 brothers to meet their Creator. His family will miss his gentle, quiet spirit and constant support of all their endeavors. Lee’s father worked for the city of Miami in the public works department and his family were founding members of Miami First Church of the Nazarene. Lee lived a long and adventure-filled life. He excelled early in his studies and was the valedictorian of his class of 400 at Miami Jackson High School, and the top of his class in all his subsequent academic endeavors. Lee felt called to be a missionary when he was 12 years old. He left Miami at age 18 to attend Trevecca Nazarene College (TNC) in Nashville, Tennessee, where he met a girl from Kentucky, Carol Anne, with a similar calling. They were married June 10th, 1958, on the same day as Lee’s graduation from Trevecca. The newly married couple moved to Kansas City, Missouri, to attend Nazarene Theological Seminary the next Fall where he would complete a Master of Divinity. His final year of seminary, he received the Senior Preaching award and preached his senior sermon in Kansas City First Church of the Nazarene, as was tradition. He was ordained as an Elder in the Church of the Nazarene in Joplin, Missouri, in 1960 along with Nina and Moody Gunter. After seminary the young couple moved to Arlington, Texas, where he would pastor for the next two years before heading for the Territory of Papua and New Guinea in the South Pacific as missionaries for the Church of the Nazarene, with a 20-month-old son and a 3-month-old daughter. His assignment on the mission field was to establish a Bible School to train indigenous pastors. For the next 20 years he did so faithfully as the Principal and wore many different hats as the work demanded and developed. Today that Bible School has grown into Melanesia Nazarene Bible College. The last two years of his missionary service, he also held the role of Field Director. Upon return to the USA in 1981, and then a move to Nashville, Tennessee, in 1982, so that Carol Anne could take up a teaching position in the English Department of TNC, he held positions on staff at College Hill Church (now Trevecca Community), was executive director of Cornerstone Ministries, (an inner-city ministry in the Vine Hill area) and worked in administration at Trevecca Towers Retirement Center. He also taught missiology and linguistics as an adjunct professor at TNC. His final 15 years of ministry, before retirement in 2003, was as the Executive Director of World Relief Nashville. During those 15 years he touched countless lives from the Lao, Vietnamese, Cambodian, Bosnian, Croatian, Serbian, Armenian, Kurdish, Iraqi, Iranian, Southern Sudanese, Ethiopian, Rwandan, Congolese, and Somalian communities, as well as others. He was an active member of Trevecca Community Church and the Round Table Sunday School class. He was responsible for displaying the flags of many nations during Faith Promise Sunday as well as changing the weekly “Missions Flag” as a reminder to the congregation to pray for a different country each week. His love for Jesus was evident to all and his quiet faithfulness to follow his Savior inspired so many. Unable to “retire” in his retirement, he volunteered at Ten Thousand Villages, a fair-trade store in Green Hills, that has roots in the work of Mennonite Central Committee, serving as a volunteer cashier, building displays, serving as a board member, and even board President for a time. He also taught citizenship classes through the Nashville Public Library to many of those who would have arrived as refugees or immigrants and sought US citizenship. Continuing his creative pursuits, he worked on building the first and only trans-highlands railroad through the valleys of PNG, in the family room of his home. Anyone who wanted to see it got a beautiful description of the details of model train building. Hopefully, one day, it will be recreated in another space by his descendants, because of course a model train build is never complete. In lieu of flowers, the family is asking that donations be made through Trevecca Community Church to be given in Lee’s memory to the Melanesia Nazarene Bible College that he founded. Trevecca Community Church 335 Murfreesboro Pike Nashville, TN 37210 Checks can be made to the church with Lee Eby memorial - Nazarene Bible College in the memo line. Online donations can be made at www.Trevecca.church/give Choose drop down “special” and add the memo Lee Eby memorial A visitation will take place on Sunday, March 20th, 2022 at Trevecca Community Church from one o'clock to two thirty in the afternoon. A funeral service will follow at three o'clock at Trevecca Community Church. An entombment ceremony will take place on Monday, March 21st, 2022 at Historic Spring Hill Cemetery at eleven o'clock in the morning. Arrangements have been entrusted to Spring Hill Funeral Home and Cemetery, "Where Nashville Comes to Remember."

It is with great sadness that we announce the passing of Charles Lee Eby. Charles Lee Eby, of Nashville, Tennessee, was born on May 5th, 1936, in Miami, Florida, to Enos and Ruth (Sommers) Eby. He passed away on March 10th, 2022, two months... View Obituary & Service Information

The family of Reverend Charles Lee Eby created this Life Tributes page to make it easy to share your memories.

It is with great sadness that we announce the passing of Charles...

Send flowers to the Eby family.