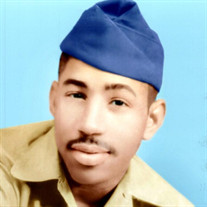 Elder Charlie Smith Sr. was born November 2, 1945 in Nashville, Tennessee to parents Mr. John Smith and Mrs. Josie Hunt Smith who preceded him in death. He was also preceded in death by his brother, John Smith Jr., sisters, Constance Ralston Betty (William), and Juanita Williams (Tony). Elder Smith was a graduate of Pearl High School Class of 1963. Upon his completion of high school he was offered an athletic scholarship to play basketball, but his heart was in serving his country and he followed his heart enlisting in the United States Air Force. During his military service he met and married the love of his life, a love affair that lasted for over 45+ years. He faithfully served his country for over 26 years retiring with honors. While serving his country he was able to continue with his love for athletics and served as a coach while playing basketball, football, and even flag football. His earned nickname in the USAF was “Smitty” and he absolutely enjoyed participating in sports throughout his service time. Charlie attended Air University in Montgomery, Alabama (Maxwell AFB) where he majored in Logistics. He was blessed to receive numerous awards in the military inclusive of The Good Conduct Metal and for Excellence and Outstanding Performances. Through the military service the family was also blessed to travel extensively and lived in Taiwan, The Phillipines, Oakinawa, London, Germany, Paris, Korea and throughout the United States. Upon returning to the states he continued his education at Nashville Community College and accepted a position with the United States Postal Service where he worked and served faithfully for 20 years until his retirement. Charlie was a faithful, loyal, dedicated man who would tell you his greatest accomplishment and the thing he was most proud of was his family and next came his ministry. He was extremely proud of his wife who he affectionately referred to as “Wife” and his sons and grandchildren. They were his world and he also loved his additional family as well. As a minister he served faithfully under the leadership and guidance of Dr. Larry Britton at King Temple COGIC where he accepted his call to ministry. He loved and appreciated the teaching of Dr. Britton and utilized his gifts of finance, business, teaching and wisdom further under the leadership of Pastors William Robertson, Supt. Louis Caldwell, Pastor Jonathan Seay, Pastor Dale Jones and was presently serving under the leadership of Sr. Pastor Ben Anderson at Christ Church here in Nashville, Tennessee. He and his wife enjoyed a ministry of outreach and service in the Prison Ministry and community for over 20 years and conducted bible studies and ministered to countless individuals and families. In addition to the love of his life who loved and cared for him, Evangelist Ruby (Angie) Smith, he leaves to cherish his memory, Sons; Omar Jamal, Charlie Jr.(Andrea), and Christopher Dewayne (Emily). Grandchildren; Alexandria, Jasmyn, Jenese, Christian, Biloxi, Justus, Mowgli, Sage, Trace and Eli. Several dear to his heart children; Aarion, Aisha, Jayln, and Jordan. Brother; Tommie Lee Smith, Sisters; Jeanetta Smith Bridgeforth, and Josie Smith Hayes. Brothers in law; Pastor Robert Angello (Kathy). Sisters in law: Evelyn Smith, Norma Merritt, Judy Aggison, Linda Brooks (Eugene), and Barbara McNeil (LaRue). Charlie loved his family and cherished a host of nieces, nephews, cousins and friends.

The family of Mr. Charlie Joseph Smith Sr created this Life Tributes page to make it easy to share your memories.

Send flowers to the Smith family.