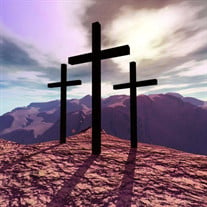 Daniel Patrick Blankenship’s story began on January 12, 1964 in Atlanta, Georgia as the third child born to Edna and Tom Blankenship. Dan traveled the world and our country with our military family, and on his own later in life. On March 30th Dan passed peacefully into the presence of his Lord and Savior—Jesus Christ, and our Dad and Mom who preceded him in death. Dan is survived by his sister and brother-in-law, Karan and Dwight Gunter; his brother and sister-in-law, Tab and Denette Blankenship; nephews and nieces Ryan (Jody) Blankenship, Jill (Josh) Blankenship-Davis, Lindsay (Jamin) Wentworth, Cory (Shelby) Blankenship, Trae (Katie) Gunter, and Ethan Blankenship; and great nephews and nieces Ben Wentworth, Averie Blankenship, Carter Wentworth, and “Rivers” Gunter. To so many of his friends and co-workers our brother was known as “Big Dan”—an understandable and appropriate nickname both due to his size AND the impact he had on their lives. You could not encounter Dan and escape hearing his testimony of God’s Mercy and Grace in his struggles with addiction. He was well known and loved for his membership and work in Nashville’s recovery community…and never forgot those people along his journey who ministered to him, and to whom he was able to minister. He delighted to have had the opportunity to lead weekly worship gatherings in the CCA facility where he had once been incarcerated. Despite the loss of some of his dearest loved ones and friends, Dan’s story concluded with what he would readily acknowledge were the best seven years of his life! He savored even the simplest things in life. After a drive in the country on a crisp Fall or Spring day, you’d think he’d won the lottery. Gathering around the dinner table with his extended family surpassed Christmas morning as a child! He loved fishing and panning for gold whether he caught or found a thing! He was always on the watch for opportunities to minister to, or as he’d say “Bless,” those in need from his extraordinarily generous heart. A time to Celebrate Dan’s life has been scheduled for Saturday, April 23rd at Trevecca Community Church, 335 Murfreesboro Pike, Nashville. A time of visitation will begin at 10:00 am with a brief service at 11:00 am. For anyone who wishes to honor Dan’s memory and service, our family requests that donations be made to Men of Valor or the recovery ministry of your choice.

Daniel Patrick Blankenship&#8217;s story began on January 12, 1964 in Atlanta, Georgia as the third child born to Edna and Tom Blankenship. Dan traveled the world and our country with our military family, and on his own later in life. On March... View Obituary & Service Information

The family of Mr. Daniel Patrick Blankenship created this Life Tributes page to make it easy to share your memories.

Send flowers to the Blankenship family.