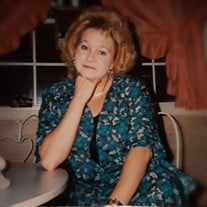 Deborah Faye Hudson Winters was born on Dec. 9th 1951, in Nashville TN, to Melvin (Jack) & Nancy Hudson. She Graduated Cathedral Catholic school, soon after active in the truck lines, Dispatch Manager and cosmetics makeup artist for several years. But Love inspires and comforts, Love holds no boundaries meeting Pat at age 27. Debbie was mother of Amy Teasley & Melinda Creppel. Couple years together turned into marriage 1981 her and Pat’s love was comprised of a single soul inhabiting two bodies. Southern Bell Charm was Debbie. She enjoyed talking with anyone, cracking jokes to sharing laughs over traditional Southern dinners. This Lady Loves to cook and if you are willing to Love, you will find a thousand ways. A short time into a 41 year marriage, Matthew Winters was born. Religiously watched NFL and Tom Brady so a big Patriots and Buccaneers fan. Deb was passionate about her critter friends, Birds, squirrels, raccoons and even possums. Caring mother of three and a wife that was cherished, peacefully passed away March 15, 2022 at her home. A light went out on earth for us, the day we said goodbye. Do not stand at my grave and weep. I’m not there, I do not sleep. I’m a thousand winds that blow. I’m the glints on snow. When you awake in the morning hush, I’m the uplifting rush. Like doves in a circled flight, I’m the stars at night. So do not stand at my grave and Cry! I am not there, I did not Die! She was preceded in death by: Nancy & Bob Sere (Stepfather) & Melvin (Jack) Hudson, Linda Hudson. Children: Amy Teasley, Melinda Creppel, Matthew Winter; grandchildren: Keenan Creppel, Reece Woodard; great grandchild: Dalen Creppel When someone you love becomes a memory the memory become a treasure. But though I may seem far away, We will never truly part. For part of me lives on with you, forever in your heart. The family will receive relatives and friends on Sunday, March 27 from four o'clock in the afternoon until eight o'clock in the evening at Spring Hill Funeral Home and Cemetery, 5110 Gallatin Pike in Nashville, Tennessee. The funeral mass will be held on Monday, March 27 at ten o'clock in the morning at St. Joseph Catholic Church 1225 Gallatin Pike S. in Madison, Tennessee. The committal service will immediately follow at Calvary Cemetery, 1001 Lebanon Pike in Nashville, Tennessee.

The family of Deborah Faye Hudson Winters created this Life Tributes page to make it easy to share your memories.

Send flowers to the Winters family.