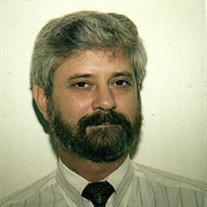 Frederick E. Takacs of Nashville, Tennessee, passed away on Saturday, October 3, 2020 after an extended illness. Born June 17, 1946, in New Brunswick, New Jersey, he was the son of the late Frederick and Helen Takacs. An interesting and creative man, Fred relished being close to nature and moved to Tennessee for the proximity of forests to the city. Free time and vacations were spent whitewater canoeing, backpacking and camping. His outdoor adventures led him to the Rio Grande, the Bio Bio River of Chile, Mexico and the High Atlas Mountains of Morocco. He was a member of Tennessee Scenic Rivers Association leading and participating in river trips in east TN, Missouri, Georgia and North Carolina. Many of these trips were with his wife, Mary Jane and an assortment of river friends. Another passion was working in wood creating highly crafted furniture and lathed turned vessels. He was an active member of the Tennessee Association of Woodturners and taught woodturning through community education for several years. Local artists credit Fred with teaching them the basics always with attention to safety. Professionally Fred was trained as a Physician Assistant after serving four years in the Coast Guard. He worked as a medic on the Alaskan Pipeline in the late 1970’s and later joined the medical team at the Tennessee State Prison. He ended his career with the VA Primary Clinic here in Nashville. He was respected and sought out by colleagues and patients for his skill at providing creative support, diagnosis and clear communication. Most of all he was a loving husband, father, and grandfather who will be dearly missed. In addition to his parents, he was preceded in death by his sister Katherine Takacs of Nashville. He is survived by his wife Mary Jane Dewey; sons Jeremy Takacs, David (Chevi Obes) Garrett, and Richard (Lindsey Turner) Garrett; grandchildren Jazmin, Qwynn, Zoe, and Holden. If you wish to recognize Fred’s passing, please contribute to Freedom Service Dogs of America, 7193 S Dillon Ct, Englewood, CO 80112. Arrangements entrusted to Spring Hill Funeral Home & Cemetery, 5110 Gallatin Road, Nashville, TN 37216.

Frederick E. Takacs of Nashville, Tennessee, passed away on Saturday, October 3, 2020 after an extended illness. Born June 17, 1946, in New Brunswick, New Jersey, he was the son of the late Frederick and Helen Takacs. An interesting and creative... View Obituary & Service Information

The family of Mr. Frederick E. Takacs created this Life Tributes page to make it easy to share your memories.

Frederick E. Takacs of Nashville, Tennessee, passed away on Saturday,...

Send flowers to the Takacs family.