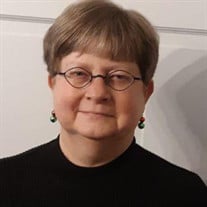 Susan Gail Sisson passed away August 18 following 3 months in the hospital in Nashville, TN, having been diagnosed for the third time with Non-Hodgkins Lymphoma, a disease she fought bravely for 7 years. Gail loved life and fought hard right up to the end. She was born in Columbus, GA, on May 7, 1954, and grew up in Chattanooga, lived in Houston for 16 years, then returned to Chattanooga in 1996. She was graduated from Brainerd High School, Carson-Newman College with her Bachelor of Arts degree, the University of Tennessee at Knoxville with her Master of Library Science degree, and the University of Houston with her Juris Doctorate degree. She was a member of the state bars of Texas and Tennessee who worked as a legal librarian, retiring from Miller & Martin law firm in Chattanooga as the Director of Library Services. Gail had a great love of books, reading well over 100 books every year, and she kept a record of all of these. She had more books (mostly used) than some small town libraries. She also frequented the library regularly and loved the fact that she could have up to 100 books checked out at a time. She frequented used bookstores in just about every town she visited. Gail enjoyed traveling, having visited among other places South Africa, Zimbabwe, Swaziland, Australia, New Zealand, England, Scotland, Germany, Austria, and Alaska. Gail also loved animals, having had numerous cats throughout her life. She is survived by Bonnie and Ringo. Gail had a marvelous dry sense of humor (she especially wanted to be remembered for this), and great intelligence and wisdom. A lifelong Democrat, she cared deeply about people and sought justice for all. Particularly formative were her years at Carson-Newman College, where her intellectual horizons were expanded and lifelong friendships were made. She also loved working during the summers at Girls’ Auxiliary camps. Gail is survived by her life partner, Emily Martin, parents, Willard and Sue Sisson, sister, Kathy (Terry) Jones, nephew, Lorin (Martha) Jones, niece, Laura Margaret Jones, Emily’s parents, David and Carol Martin, sister and brother-in-law, Jeanne and Reggie Alley, niece, Eleanor Alley, and nephew, Carter Alley. She was preceded in death by a nephew, Spencer Jones. Gail was a devoted partner, daughter, sister, aunt, and friend. Gail’s funeral will be held at the First Baptist Church of Chattanooga, TN, on September 11 at 11 a.m., with visitation beginning at 10 a.m. There will be a private family burial at Larkspur Nature Conservatory. In lieu of flowers, donations may be made to the Leukemia & Lymphoma Society, Heifer International, or Smile Train. Arrangements will be handled by Spring Hill Funeral Home of Nashville, TN.

Susan Gail Sisson passed away August 18 following 3 months in the hospital in Nashville, TN, having been diagnosed for the third time with Non-Hodgkins Lymphoma, a disease she fought bravely for 7 years. Gail loved life and fought hard right... View Obituary & Service Information

The family of Gail Sisson created this Life Tributes page to make it easy to share your memories.

Send flowers to the Sisson family.