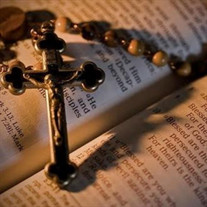 Jacque Marie McBride, 76, of Nashville, Tennessee, passed away on Friday, August 20, 2021 at her home. Born July 13, 1945 in Nashville, she was the daughter of the late Dennis J. McBride, Jr. and Thelma Borum McBride. Jacque was the first Army officer in the family. She was commissioned in The Women's Army Corps in August of 1967 and joined active reserves in August of 1970. Eventually she retired in 2005 at the rank of Lieutenant Colonel (LTC). After retirement from active duty, she joined Catholic Charities where she helped start the counseling service for Catholic schools in the Diocese of Nashville beginning with Father Ryan High School and expanding to elementary schools until 1976. During this period she earned her Masters Degree in Clinical Social Work. She worked as a social worker for Tennessee Preparatory School where she fulfilled her life long passion to work with neglected and dependent teens. In 1979 she joined Federal Probation and Parole for the Middle District of Tennessee until her retirement in 1999. During her retirement she became a social justice advocate giving her time to programs like Backfield in Motion and the Just Faith Group. Jacque was grateful for her “Irish Humor” and was committed to her faith, family and friends. She was a lifelong member and driving force of St. Joseph’s Catholic Church. In addition to her parents, she was preceded in death by her nephew Dennis "Denny" J. McBride IV. She is survived by her brothers Dennis (Laura) McBride and Tommy (Patricia) McBride; she was a ‘Super Aunt’ to Kay (Denny's spouse) McBride, Jennifer (Bryan) Sullivan, Michael Ryan (Kowanda) McBride, Julian Scott (K.C.) McBride, Michael Alan (Ashley) McBride, and Patrick (Megan) McBride; and several great nieces and great nephews. Visitation will take place on Tuesday, August 24 at Spring Hill Funeral Home in Nashville from 4 PM until 8 PM. A Funeral Mass will be held on Wednesday, August 25 at 11 AM at St Joseph’s Catholic Church in Madison with the family receiving friends and visitors one hour prior to the service. Burial with military honors will follow in the Historic Spring Hill Cemetery. Arrangements entrusted to Spring Hill Funeral Home & Cemetery, 5110 Gallatin Road, Nashville, TN 37216. A landmark since 1780. “Where Nashville Comes to Remember.”

Jacque Marie McBride, 76, of Nashville, Tennessee, passed away on Friday, August 20, 2021 at her home. Born July 13, 1945 in Nashville, she was the daughter of the late Dennis J. McBride, Jr. and Thelma Borum McBride. Jacque was the first... View Obituary & Service Information

The family of Jacque Marie McBride created this Life Tributes page to make it easy to share your memories.

Send flowers to the McBride family.