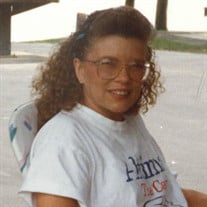 Janet Marie Mathis, 59, of Mt. Juliet, Tennessee, passed away on Wednesday, March 30, 2022. Born July 29, 1962, in Lebanon, Tennessee, she was the daughter of the late Charles and Sue Gray. She was a wonderful wife, mother, sister and grandmother... View Obituary & Service Information

The family of Mrs. Janet Marie Mathis created this Life Tributes page to make it easy to share your memories.

Send flowers to the Mathis family.