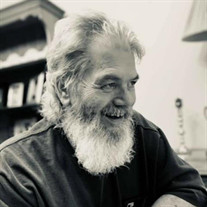 Mr. Mark Anthony Lashley, age 66 of Nashville, Tennessee passed away on Tuesday September 21, 2021. He was born in Lafayette, Tennessee on April 29, 1955 to the late Jack and Francis Lashley. In addition to his parents, he was preceded in death by his brother Johnny Lashley. He is survived by his children Micah Lashley (Renee), Heather Mayberry (Phillip), Jacob Lashley, and Chelsea Lashley (Brian Wegenka); brothers Ronnie Lashley, Terry Lashley, and Danny Lashley; and grandchildren Jacob Joyce, Kennedy Joyce, Jack Lashley, Adeline Mayberry, Ava Mayberry, Asher Mayberry, and Caiden Thomas. Mr. Lashley was known by many names. Mark, Duck, Dad, and Papa are the few that can be mentioned in mixed company. Mark was the fourth of five brothers, and was proud to tell us stories of their exploits throughout Nashville. He graduated from Maplewood High School, eventually, and went on to work as a pipefitter and pneumatic specialist as a proud member of the Plumbers and Pipefitters Local 572. He was one of the funniest people you’d ever meet. Always polite, and woefully inappropriate. He was tough, strict (sometimes), and soft all at the same time. A leather teddy bear. He loved his family, guns, old westerns, and his dog, in no particular order. He will be missed by all that knew him. A visitation will be held on the evening of Wednesday September 29 from 4pm-8pm, and again on Thursday September 30 from 12pm-2pm, with a Celebration of Life Funeral Service beginning at 2pm. Burial will follow in Historic Spring Hill Cemetery. Active pallbearers will be Jason Lashley, Chris Langford, Jonny Lashley, Dakota Wiley, Micah Lashley, and Jacob Lashley. Honorary pallbearers will be Ronnie Lashley, Terry Lashley, Danny Lashley, Jacob Joyce, Jack Lashley, Asher Mayberry, and Caiden Thomas. Spring Hill Funeral Home and Cemetery has been entrusted with the final care of Mr. Lashley. 5110 Gallatin Road, Nashville, Tennessee 37216. (615) 865-1101. “Where Nashville Comes to Remember.”

Mr. Mark Anthony Lashley, age 66 of Nashville, Tennessee passed away on Tuesday September 21, 2021. He was born in Lafayette, Tennessee on April 29, 1955 to the late Jack and Francis Lashley. In addition to his parents, he was preceded in death... View Obituary & Service Information

The family of Mr. Mark Lashley created this Life Tributes page to make it easy to share your memories.

Send flowers to the Lashley family.