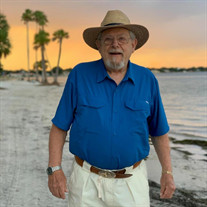 The family of Mr. Randolph "RJ" Joseph Brill created this Life Tributes page to make it easy to share your memories.

“Man’s time on earth is not his to squander. It belongs to growth,...

Send flowers to the Brill family.