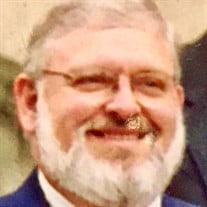 Raymond David Cannon III, “ Dave”, passed away, from pneumonia, on January 7, 2021 at Alive Hospice. His was born in Nashville on June 6, 1950, the son of Hazel ( Fuller) Cannon/ Miles and Raymond David Cannon II (Jr). Dave graduated from Stratford High School. He studied education at the University of Tennessee Knoxville.. He married Patricia Mary Burroughs on June 6, 1970. They stood side by side until her death in 2017. Dave joined the Navy Corpseman in 1974. He travelled to Okinawa and honed his skills as a surgical assistant and, as Patricia tells it, quite the potty mouth. Dave is succeeded by his two children Nathan Cannon and Holly Cannon-Hesse and his grandchildren Mina and AnnaMarie Hesse. Dave led an interesting life and crossed paths with so many interesting people. He worked as a surgical assistant at Vanderbilt when he left the military. He reveled in telling stories about what kind of knot they had to use on a patient at the dinner table. He then went back to school to get certified to teach. Dave was a huge history buff. He taught history for Metro Nashville Public Schools for many years. I has been said that he was a pretty inspirational teacher, but a tough one. Dave ended his working career working with DHS. He worked tirelessly to help families find housing and other housing needs. Dave loved playing music more than anything and was a music historian; He carried out the roots of country music. He was steeped in Old Time Music; pre-bluegrass. He actually turned his nose up at some of the flashier bluegrass pickers. My dad was very proud of his pickin’ awards. He was a banjo champ. He and Patricia were part of building the annual music festival, held at Ceders of Lebenon State Park, Breakin’ Up Winter. They brought pickers from all over to offer workshops, goods and jams. Huge jams! Imagine thirty or forty people sitting in a circle playing the same tune. The floors shook. If you were lucky you got to see Dave and Patricia play for a contra dance; dancers propelled by this pulse of the music. Dave has several albums of his recordings of Old Time Tunes. His last recording was titled,” Ah You Done Good.” Dave has had a tough decade. He tried so hard to take care of his wife as she faced her illness. The family then started to understand the depths of his mental deterioration. We hope that Dave finds peace. He will no longer be tormented by a body or mind that will hold him back. Due to Covid, the family be holding a private service.His sister, Darlene Duncan , and his children and grandchildren will honor him graveside as he is reunited with his wife.

The family of Mr. Raymond David Cannon III created this Life Tributes page to make it easy to share your memories.

Send flowers to the Cannon family.