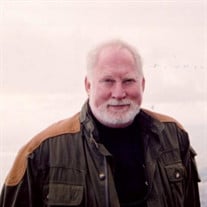 To view the livestream of Dick's Celebration of Life service, click here. Richard Scott ‘Dick’ Davis, Jr., died Sunday, January 30, 2022, in Nashville. Born June 12, 1946, in Nashville, Tennessee, he was the only child of the late Richard and Mary Brannon Davis. In addition to his parents, he was preceded in death by his stepson, Sam (Leslee) Lowe. He is survived by his wife, Ellen; stepson David (Kellee) Lowe; step-grandson Matthew Lowe all of Birmingham, Alabama; several cousins to whom he was very close. Dick grew up in Donelson, graduated from Donelson High School, Middle Tennessee State University, and received his master’s degree from Georgia State University. He devoted his entire career to commercial real estate development all over the Southeast and along the Eastern seaboard. Dick’s love of history led him to join the Sons of the American Revolution, Sons of Confederate Veterans, and Huguenot Society. He was truly a Renaissance man…loving music, poetry, reading and yet, at the same time, NASCAR and hunting. So many memories, including those of great times hunting and cutting wood, were cultivated and enhanced during time spent at his much-beloved farm outside of Clarksville. Dick was a man of high integrity, honor, and loyalty and those that knew him made a friend for life. A Celebration of Life Memorial Service will be held Sunday, February 6, 2022 at 2 PM with Elder John Tidwell officiating. Family will receive friends and visitors two hours prior to the service. In lieu of flowers, donations can be made in Dick’s name to: American Red Cross Sons of American Revolution Genealogical Research Library 809 W. Main Street Louisville, Kentucky 40202 Arrangements entrusted to Spring Hill Funeral Home, 5110 Gallatin Road, Nashville. A landmark since 1780, “Where Nashville Comes to Remember.”

The family of Mr. Richard Scott 'Dick' Davis Jr. created this Life Tributes page to make it easy to share your memories.

To view the livestream of Dick&#39;s Celebration of Life service,...

Send flowers to the Davis family.