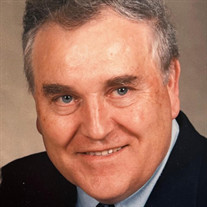 To view the LiveStream of Bob's Celebration of Life Service, please click HERE Robert “Bob” Doyle Knox, 86, passed away on Monday, March 7, 2022 in Nashville, Tennessee. Born in Lynnville, Tennessee in Giles County on August 16, 1935, he was the son of the late Julian Allen Knox and Margaret Corrine Parsons Knox. For over 37 years, Bob served in the Metropolitan Nashville Public School system as a teacher, coach, and guidance counselor. After his retirement from MNPS, he continued to work as a substitute and interim guidance counselor within the MNPS school system and then went on to serve as a guidance counselor at Davidson Academy. His career in education touched thousands of lives. Prior to his career in education, he served his country in the United States Army. For his 86 years on this Earth, he blessed so many with his love, generosity, faith, kindness, honesty, and hard work. He always put his family and others ahead of himself and always put God first above all things. He was known for his love of gardening and researching his family’s genealogy. As an avid gardener, it brought him great joy to grow and share his homegrown tomatoes, corn, okra, and blackberries. His extended family knew him as the family historian tracing the family’s genealogy back to the Revolutionary War and beyond to ancestors in Scotland and Ireland. He grew up in the First Presbyterian Church of Lynnville and in his adult life he was a member of Madison Presbyterian Church and later Faith Presbyterian Church. He served as an elder, deacon, treasurer, and sang in the choir. He was known for his beautiful voice and he loved to sing, especially hymns. He loved the powerful words of the old hymns and the history and circumstances of how they were written. Bob is survived by his wife of 60 years, Linda Glover Knox. Bob and Linda met in 1957 at Tennessee Technological University. They were married in 1961 and spent a lifetime building a family and actively serving in their church. In their retirement, they were fortunate to travel and create many lasting memories. He is also survived by his daughter Joni Knox Grimes, her husband Joel Grimes, and his granddaughter Mollie. Bob is also survived by his sisters-in-law, Peggy Knox and Joan Knox. In addition to his parents, Bob is preceded in death by his son, James Robert Knox, his sister, Margaret Allen Knox Hickerson, and his brothers, Joseph Ewing Knox, John Samuel Knox, William Parsons Knox, and Edward Julian Knox. A service to celebrate Bob’s life will be held on Monday, March 14, 2022 at 2:00 PM at Spring Hill Funeral Home with Reverend Rob Thacker officiating. The family will receive friends from 12:00-2:00 prior to the service. In lieu of flowers, the family requests memorial donations be made to Faith Presbyterian Church, PCA, 372 Caldwell Drive, Goodletsville, TN 37072 or donations to the charity of your choice.

The family of Mr. Robert "Bob" Knox created this Life Tributes page to make it easy to share your memories.

To view the LiveStream of Bob&#39;s Celebration of Life Service,...

Send flowers to the Knox family.