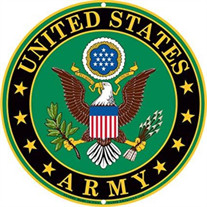 Robert Anthony ‘Coach’ Rego, 87, of Hermitage, Tennessee, passed away on Saturday, November 21, 2020 at his home. Born May 3, 1933 in the Bronx, New York, he was the son of late Wilfred Graustein and Edna Mary Zadis Graustein. Coach was a retired engineer who worked for what was Thoroughbred Auto Cars. He was a loving husband, father, grandfather, and great grandfather who will be missed dearly. Basketball was a very important part of his life. As a young man, while still in high school, offers to attend multiple colleges on a basketball scholarship started coming in. He accepted an offer to Rowlands College in Orlando, Florida. While there, he was asked to try out for the Philadelphia Warriors but was drafted into the Army, where continue to play basketball. After being injured and being honorably discharged, he continued his college academic and basketball career at what is now the University of Louisiana at Lafayette. While attending school, he met his future wife, Barbara, a native of Louisiana. After college, he continued playing basketball recreationally and began coaching in area youth programs, getting his forever nickname, Coach. Coach and his wife were member of Grace Place Nashville Church on Central Pike. In addition to his parents, he was preceded in death by his brother Bruce Graustein. He is survived by his wife of almost 67 years, Barbara Rego; daughters Barbara J. (Doug) Reding, Ann C. Rego, Joy M. (Dale) Duncan, Robin R. (Bob) Campbell, and Angela S. (David) Aldridge; son Paul Anthony (Bethany) Rego; sister Gail (Phillip) Wadsworth; 16 grandchildren; and 21 great-grandchildren. In keeping with Coach’s wishes, his body will be cremated. Arrangements entrusted to Spring Hill Funeral Home and Cemetery, 5110 Gallatin Road, Nashville, TN 37216.

The family of Mr. Robert Anthony Rego created this Life Tributes page to make it easy to share your memories.

Send flowers to the Rego family.