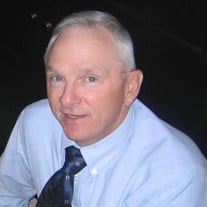 MEMPHIS, TN — Timothy Vaughn Gray, age 66, died unexpectedly September 25, 2021 in Memphis, TN. He was born November 29, 1954, in Frankfurt, Germany, the son of William Andrew Gray and Frances Ann (Boren) Gray. Timothy graduated from McGavock High School, Class of 1972, where he passionately excelled in scholastic wrestling. Following graduation, he married Debra (“Debbie”) Yvonne Shankle. From 1976 to 1979, he served with the U.S. Air Force, and completed 16 months overseas duty in Okinawa, Japan. Timothy was known for his humor and his skill as a builder and carpenter. He was funny, gentle, generous, kind, and he loved to help people with his gifts and talents. He was a lover of music and of period-television and film. Timothy and Debbie had three children: Heather Nacole (Gray) Goodrich, Timothy Jason Gray, and Gwendolyn Andrea (Gray) Bessling. He was predeceased by his parents, and surviving him, are his sister, Pamela (Gray) James and her husband, Edmond James; and his brother, Billy Lyn Gray. Surviving in addition are his three children, four grandchildren, many nieces and nephews, and his very special friend, Shirley Faye (Bell) Thrash. A service of remembrance will be held 1:00 p.m. Friday, Oct. 15 at the historic Nashville National Cemetery for Veterans, 1420 Gallatin Rd., S Madison, TN 37115. Those who wish to remember Timothy in a special way may make gifts and donations to The Salvation Army’s Adult Rehabilitation Centers in lieu of flowers. Arrangements by Spring Hill Funeral Home & Cemetery, 5110 Gallatin Pike S, Nashville, TN 37216.

The family of Mr. Timothy Vaughn Gray created this Life Tributes page to make it easy to share your memories.

Send flowers to the Gray family.