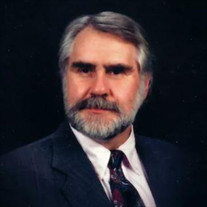 To view the livestream of Mr. Cook's service, click here. William Dorris Cook, 78, died January 1, 2022, in Nashville, Tennessee. Dorris was born June 12, 1943, in Woodlawn, Tennessee, to William Robert Hughes Cook and Ruth Euree (Norfleet) Cook, who preceded him in death. Raised on a tobacco and row-crop farm, he and his twin brother won numerous Future Farmers of America (FFA) awards, including the prestigious American Farmer Degree. Having received his Bachelor's (1965) and Master of Science Degree (Agriculture Education) (1972) from the University of Tennessee, Dorris was a life-long supporter of UT programs. He was a member of the Alpha Gamma Rho Fraternity. He is survived by his wife of 34 years, Judith Isbell Cook; twin brother Johnny Norris Cook, Woodlawn, TN; stepson John David West, Bolivar, MO; nieces Monica (Justin) Bailey, Sabrina (Scott) Roark, Clarksville, TN; and Missy Taylor, Spring Hill, TN; and nephews Jacob (Hannah) Cook, San Diego, CA; and Todd (Andrea) Nelson, Gallatin, TN, and several great-nieces and nephews. Also preceding him in death were his daughter Carla Lester, sister Hulene C. Nelson, nephew Charles Victor Nelson, and sister-in-law Glenda (Cundall) Cook. Dorris's teaching career began at Shelbyville Central High School in 1965; he was selected by the Shelbyville Jaycees as the Bedford County Outstanding Youth Educator in 1974. In 1976, he moved to Nashville, where he taught at Antioch, Hunter's Lane, and Glencliff High Schools before retiring in 1999, only to return to teach at Sycamore High School in Cheatham County until 2008. Although teaching was his passion; he was competitive in all areas of his life and was a lifetime Dodgers fan. Dorris exhibited an innate pride in his school teams, whether FFA (Antioch High's FFA chapter won Best Chapter in Davidson County for 12 years) or the girls softball teams. Twice he received the Hospital Corporation of America Teacher Award, which allowed him to pursue and expand his teaching boundaries, and in 2012, he was awarded the FFA Advisors Lifetime Achievement Award at the FFA National Convention. Two quotes define Dorris: "Yet it is not awards–nor public praise–that characterizes the career of this exceptional teacher; it is the positive growth of young people," and "He possesses a rare and natural talent for drawing the best from his students in that their involvement both in and outside the classroom is unequaled. It seems they possess an attitude of gratitude from being a student of his." He enjoyed traveling, country-western dancing, and acting (Country Gold with Loni Anderson in 1982), and he was a master at story-telling, trivia, and solving all types of puzzles. He was very creative when working with his hands and tools. A Celebration of Life Memorial Service officiated by Dr. Hubert Cunningham will be held on Sunday, May 15 at 3 pm at Spring Hill Funeral Home in Nashville.

The family of Mr. William Dorris Cook created this Life Tributes page to make it easy to share your memories.

To view the livestream of Mr. Cook&#39;s service, click here.

Send flowers to the Cook family.