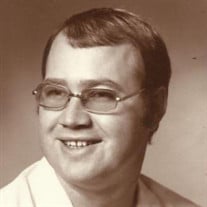 Harry Dean Harrington, 78, of Goodlettsville, Tennessee, passed away on Tuesday, December 7, 2021. Mr. Harrington was preceded in death by his parents, Newton Tillman and Maude M. Harrington; sister, Margaret Jackson; and brothers; Bill, Sam, Ben, and Tom Harrington. He is survived by his sister, Julia Lee and her husband Bobby; brother, Donnie Harrington and his wife Martha; numerous nieces and nephews and two of the best neighbors, Jeanette Barton and Moana Rogers. The family will receive relatives and friends at the Phillips-Robinson Funeral Home, 2707 Gallatin Road in Nashville on Sunday, December 12, from one o'clock in the afternoon until eight o'clock in the evening and again on Monday, December 13 from ten o'clock in the morning until the time of the funeral service at one-thirty in the afternoon in the Phillips-Robinson Funeral Home chapel. The committal service will immediately follow the funeral service at the Historic Spring Hill Cemetery, 5110 Gallatin Road in Nashville. Assisting the family as active pallbearers are; Tommy Harrington, Melvin “Boo” Harrington, Jeff Harrington, William “Budro” Harrington, Kevin Covington, and Steve Covington. Floral arrangements should be sent to the Phillips-Robinson Funeral Home, 2707 Gallatin Road in Nashville.