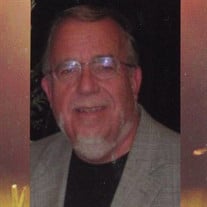 To view Dr. Mueller's Visitation Click Here Dr. Carl Ernest Mueller, PhD, age 81 of Fairfield Glade, Tennessee passed away on Saturday, January 9, 2021. He was born in Jamaica, New York to the late Carl and Olga Mueller on August 30, 1939. He was preceded in death by his parents, his sister and brother-in-law Margaret and Zanuck Kosch. He is survived by his loving wife of 34 years, Jenell Ogg Mueller, and brother Daniel W. Mueller (Gerri), as well as a host of nieces, nephews, extended family, and friends. He is also survived by his “fur baby” Cooper. Dr. Mueller was a strong believer in the lord, and his faith was one of the most important things in his life. In February of 1952, at the age of twelve, he accepted Christ and began his journey with the Lord. He went on to earn his Bachelor of Science in Chemical Engineering from Clarkson University in 1961, a Masters of Science in Chemical Engineering from the University of Maryland in 1969, and a PhD in Chemical Engineering from the University of Maryland in 1977. He was a member of Sigma Xi - an Honorary Research Society, Omega Chi Epsilon - an Honorary Chemical Engineering Society, the Electrochemical Society, the American Institute of Chemical Engineering, and the Gideons international. He spent his career as a Chemical Engineer for the United States Department of Defense (Navy), during which time he received two Meritorious Civilian Service Awards. He experienced several miraculous healings throughout his life that could have only been the work of the Lord, including healing from Stage IV Prostate Cancer. He received his Ministerial License with the Assemblies of God in 2001, and ministered with his wife Jenell for many years after he retired from his position with the Navy. He and Jenell did a lot of traveling together, visiting many places including Hawaii, Mexico, and Acapulco. When asked what he would change if he could live his life again, he said that he wouldn’t change a thing. He would live the same way. He loved God, loved his family, and lived every day to its fullest. A visitation will be held on Saturday, January 16, 2021 from 11am-1pm at Spring Hill Funeral Home with a graveside service in Historic Spring Hill Cemetery beginning at 1pm. Those wishing to attend the graveside only should meet at Spring Hill Funeral Home at 12:45pm to go to the grave site in procession. In lieu of flowers, the family has requested that donations be made to the Girls' Ministry at Trinity Tabernacle in Crossville. A Celebration of Life Memorial Service is being planned and will be held at a later date. The details will be announced on this obituary once finalized. Spring Hill Funeral Home and Cemetery has been entrusted with the final care of Mr. Mueller. 5110 Gallatin Road, Nashville, Tennessee 37216. “Where Nashville Comes to Remember.”

The family of Dr. Carl E. Mueller created this Life Tributes page to make it easy to share your memories.

Send flowers to the Mueller family.