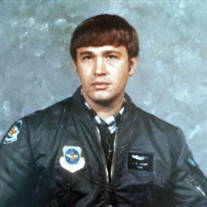 John Martin Yount, born December 25th, 1946, passed away peacefully on April 23, 2022, after an extended illness. He is predeceased by his parents, J.B. and June Yount, and sister Susan Malmberg. John is survived by his beloved Emily Yount, sister Nancy Joplin, brother Joe (Ines) Yount, several nieces and nephews, and his spoiled dogs Chester and Maggie. He will also be missed by many friends. He was a graduate of Joelton High School, before receiving his BS degree at MTSU, and two Masters’ degrees from TSU. John was a long-time educator who taught at the elementary and high school level before completing his teaching career at Rosebank Elementary School. John was recognized for refereeing basketball, baseball, volleyball, and football for forty years. In addition, he served as an assistant under the legendary football coach John Merritt at TSU for a time. His proudest achievement was following in his father’s footsteps by joining the Air Force to become a pilot. He proudly served actively for eight years flying C 130s and rose to the rank of captain during that time. After leaving the Air Force, John continued to fly for the Air National Guard. One of John’s favorite hobbies was collecting and trading jukeboxes. Together with his brother Joe, he spent many years restoring them to their former glory. So unique was their hobby that it was featured on PBS’s “Antiques Roadshow.” In his later years, he enjoyed Hot Rods and worked with his friend David to bring them to life on the racetrack. John was a problem solver and made it his mission to help anyone who was in need. He always had an open ear and was generous to a fault. Visitation will be at Spring Hill Funeral Home on Saturday, April 30th, 2022, from 1-2 pm. Funeral service starts at 2 pm prior to his entombment at the mausoleum. Spring Hill Funeral Home and Cemetery has been entrusted with the final care of Mr. Yount. 5110 Gallatin Road, Nashville, Tennessee 37216. (615) 865-1101. "Where Nashville Comes to Remember."

John Martin Yount, born December 25th, 1946, passed away peacefully on April 23, 2022, after an extended illness. He is predeceased by his parents, J.B. and June Yount, and sister Susan Malmberg. John is survived by his beloved Emily Yount,... View Obituary & Service Information

The family of Mr. John Martin Yount created this Life Tributes page to make it easy to share your memories.

Send flowers to the Yount family.