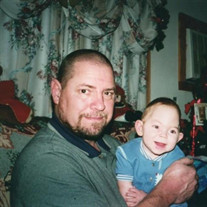 Lonnie W. Wilkerson of Nashville, TN passed away on October 27, 2020 in Decatur County. He is preceded in death by his father, Earl Wilkerson. He is survived by his mother, Barbara Wilkerson; sons, Charlie (Tracey) Wilkerson, Trent Wilkerson;... View Obituary & Service Information

The family of Mr. Lonnie Wilkerson created this Life Tributes page to make it easy to share your memories.

Lonnie W. Wilkerson of Nashville, TN passed away on October 27,...

Send flowers to the Wilkerson family.