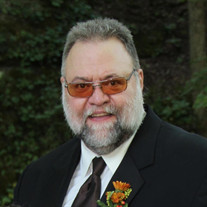 Matthew Richmond Gillian, age 63, passed away on Monday, May 3, 2021 in Nashville. Matthew was born in South Charleston, West Virginia on May 26, 1957 to the late Oliver “Jack” and Garnet Elizabeth “Betsy” (Meehling) Gillian. He is survived by his wife of 34 years, Jill (Keller) Gillian; daughter, Jennifer Nicole (Anders) Giseburt, her husband, Rob, and their children, Victoria and Drew; sons, Justin Kyle Gillian, and his wife, Elizabeth, Geoffrey “Slim” Alan Gillian, and his wife, Laura; sisters, Lisa Beth Simmons (John), Amy Jo Jarrett, and Emily Jane Boles (Erick); sister-in-law, Judith Gillian. He is also survived by nieces, nephews, countless more distant relatives, and friends. In addition to his parents, he is also preceded in death by his son, Bradford Michael Gillian Thompson; sister, Julie Ann Gillian; brother, David Michael Gillian; and nephew Timothy Davin Simmons. Matthew was raised in St. Albans, WV and attended college at Alderson Broaddus University in Philippi, WV, where he studied broadcasting, was the staff drummer on the WWVA Wheeling Jamboree in Wheeling, West Virginia. After moving with his wife and two sons to Alaska in 1983, he divorced then married Jill in July of 1987. In 1989, they moved to middle Tennessee where he continued to reside until his passing. Matthew worked for multiple radio stations including WQAB, WXIT, WKLC, WZTQ, WQBE, all in West Virginia, and KCMG and KASH in Anchorage, Alaska, culminating at 650WSM in Nashville, where he hosted The Opry Star Spotlight until 2003. His voice can still be heard today at stations across the country, from WWOV in Wheeling, West Virginia, to WMLR in Hohenwald and WNKX in Centerville, Tennessee. He loved nothing more than to spend time at his ancestral home in Sandstone, West Virginia, fishing the river and playing music on the porch. No matter where he was, he could frequently be found tucked away on a creek or river wetting a line or testing out one of his homemade lures or contraptions. His other talents and hobbies included woodworking, recording in his studio at Sandstone Mountain Productions, and performing, as well as donating his time and talent to anyone he thought might appreciate it. He was also a superb friend and mentor to many who aspired to “make it” in the radio and music industry. In his own words, which were pulled from the book, “The Rock,” into which he poured his heart and 10 years of his life to research and document family stories and his West Virginia roots, “Most of my life has been spent as an entertainer/musician, radio personality, and part time professional bum/B.S. Artist (sort of quad vocational).” There will be two memorial services, one in Nashville at the Texas Troubadour Theatre, 2416 Music Valley Drive at 2 p.m., Sunday, May 16. The second will be held on Saturday, May 29, at 2 p.m. at the “The Rock” in Sandstone, West Virginia. Inurnment will take place in the Richmond Cemetery, Sandstone, West Virginia. For those who would like to donate in Matthew’s memory, the family recommends contributions be sent to the American Diabetes Association. Spring Hill Funeral Home & Cemetery, 5110 Gallatin Road, Nashville, TN 37216 has been entrusted with the care of Mr. Gillian. www.springhillfh.com

The family of Mr. Matthew Gillian created this Life Tributes page to make it easy to share your memories.

Matthew Richmond Gillian, age 63, passed away on Monday, May...

Send flowers to the Gillian family.