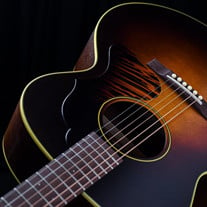 Michael Todd Kirby, 51 years old, of Nashville, TN, passed away Saturday Jan. 8, 2022 in Nashville (Antioch) of weak heart (Covid). Todd was born on September 30th, 1970 in Madison, TN. He is survived by his parents (Pat Reeves) Parman of Pleasant View, TN and Larry Kirby of Nashville. He is also survived by his stepfather Gary Parman of Pleasant View, TN; stepmother Sher Kirby, Nashville TN; sister Cindy Kirby and family; brother Jeff Kirby and family; stepsisters Lorilee Parrish and Roxane White; uncle and aunt Lloyd and Carol Kirby of Chanahon, IL; aunt and uncle Donna and Steve Estep of Columbia, TN; cousins Jason Kirby; Jenny Zolper of Joliet, Illinois; Rene Kelley; Andy, Billy and Chris Kirby; Chad, Ritchie, and Seth Estep; nieces and nephews Brandyn Kirby, Cameron Kirby, Ruthie Kirby and Colby Kirby, Raven Kelley, Chance Brummitt, Cameron Watson, Crystal Watson, Mollie White, Mackenzie Parrish; and great nieces Ruby Zolper and Abigail Kelley. Todd attended Walton Ferry Elementary School, Hawkins Middle School and graduated from Beech High School in Hendersonville, TN. Todd became interested in art while in third grade and was quite creative through elementary school. He continued this into middle school where he became interested in music and learned to play the guitar. After about six months of lessons his teacher called and asked me if I would come for a conference. Needless to say I wondered what "he had done now". He and I met one evening and he told me Todd had become a competent student of music and he should go to music school. He chose not to go to school but he had this hunger to learn more and taught himself music theory by going to the library and studying everything he could find about music. It wasn't long before he began to play drums, the piano and anything else he could get his hands on. He came to our RV one day and saw that Sher had a really cheap dulcimer. She was learning to play so he picked it up, fiddled with it for a few minutes started playing like he had played his whole life. He began to write music along with all his other accomplishments. He had some friends who were into doing plays and he actually wrote music for a couple of plays in Dupontonia, TN for the small theater there. As with all of our children, my wife Sher, his mother Pat and stepfather Gary are really proud of him. Todd met a group of young people who had formed a band that played at Renaissance festivals around middle Tennessee and after learning he played guitar, they asked him to join the troop. He was soon writing songs for them to play and they began to travel to different states including Florida (labyrinthe0.tripod.com/Bio.html). After the band disbanded, he continued in his art and music which he loved so much. His love of music, writing and composing led him to a necessity to learn computers which was fairly easy for him and necessary for his music. He loved his dog Romeo, who he had about 12 years which Sher and I have welcomed into our after his passing. He enjoyed the walks they took together. He also had a house cat named Tiger Jade that he loved playing with. Tiger Jade passed away Nov. 10th, 2021, and he had him embalmed and the ashes were placed in a wooden urn with his name, date of birth, and date of passing. He told his mother at Christmas time that he was not in good physical condition and that he really wanted to live because he had so many things left he wanted to do, but God called him home. I want to thank all of Todd's many friends for traveling the road with him, supporting and loving him from the depth of my broken heart. As with all his family, I will miss him so terribly much. May my God wrap his loving arms around Todd in heaven and may he play his music for all who have gone before and who, with love greet him as he walks through those pearly gates. PS Romeo misses you so much. No services are being held for Mr. Kirby at this time. Spring Hill Funeral Home & Cemetery has been entrusted with the final care of Mr. Kirby.

The family of Mr. Michael "Todd" Kirby created this Life Tributes page to make it easy to share your memories.

Send flowers to the Kirby family.