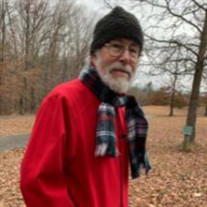 Robert Keiter was born in Kinston, NC. His father and his brothers , Bill and John, were doctors, and his mother a nurse. He grew up near the ocean and enjoyed summers sailing, skiing, and fishing. He followed his brothers to Woodberry Forest, Davidson College, and UNC Medical School. After an internship in Philadelphia, he returned to Chapel Hill for a Psychiatric residency, where he met and married Mary Beth Fudge and had their first child, Bailie. Bob was in the Air Force during the Vietnam conflict, stationed in Nebraska, serving as the sole base psychiatrist. His responsibilities included greeting returning prisoners of war. After his tour of duty, he and his family moved to Richmond, Virginia, where Amanda was born. He worked at the Medical College of Virginia and obtained his board certification in psychiatry and neurology. Opportunities for his wife’s last years of pediatric residency led to a move near Norfolk, Virginia. He worked part time in general psychiatry the first two years so that he could be the primary caregiver to their young children. He developed a special interest in alcoholism treatment during those years, and, later, at the Veterans Administration Hospital, he became their treating psychiatrist for those combat veterans who had not recovered from significant war trauma, beginning with veterans of World War II through more recent conflicts in Iraq. He was known not only for his competency, but also for his empathy, which led his vets to comment that he was ‘teachable,’ an especially valuable trait, as, at that time, PTSD was poorly understood and often unrecognized as requiring specialized attention and treatment. He developed group and individual treatments for veterans, many of whom were previously untreated for PTSD. His Vietnam Vets were particularly grateful for his efforts to keep trying until treatments made a difference. These were his most rewarding years in practice. His last years at the VA were in Johnson City, where he and his wife renovated a hundred year old house they loved. Retirement years were busy with reading, drawing, and gardening, including building a potting shed. He took long walks with his dog and loved hiking in the mountains. Relief from tight schedules led to long camping trips with visits to children, sons in law Robert and Till and granddaughters Elizabeth and Nora. His last move was to Uplands near Crossville, TN to join their continuing care community and be closer to family. His love of family, pets, working and hiking in the outdoors in all seasons persisted until his death at 80 on January 2, 2022. He was walking the trails with his friend and CarePartner the week before he died, and his family and cat were with him on his last day. He is survived by many who love and will miss him, including his wife, daughters and their families, elder brother, two brothers-in-law and their spouses, two grandchildren, and a beautiful extended family. In Lieu of flowers, the family requests that those wishing to contribute to an organization in his memory consider the Nature Conservancy or the Alzheimer’s Association.

Robert Keiter was born in Kinston, NC. His father and his brothers , Bill and John, were doctors, and his mother a nurse. He grew up near the ocean and enjoyed summers sailing, skiing, and fishing. He followed his brothers to Woodberry Forest,... View Obituary & Service Information

The family of Dr. Robert "Bob" Keiter created this Life Tributes page to make it easy to share your memories.

Robert Keiter was born in Kinston, NC. His father and his brothers...

Send flowers to the Keiter family.