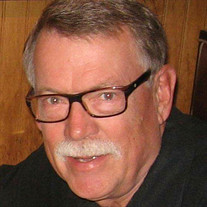 Thomas Lloyd Bearden, age 70, born on October 2, 1951 of Hendersonville went to be with the Lord on Tuesday, January 11, 2022. Lloyd passed away after a 13 year battle with Parkinson's that was complicated by recent surgery. He was a soft spoken, loving husband, father, and brother. Lloyd was a lifelong resident of Nashville and Hendersonville. He grew up in East Nashville and graduated from Stratford High School with the class of 1969. While in high school, Lloyd served as a manager for the football team for a season and basketball for two. After high school, Lloyd went to the University of Memphis (then Memphis State) and majored in fun. He was associated with the University Center Entertainment, belonged to the Phi Kappa Psi fraternity and was a trainer on the freshman basketball squad for two seasons at Memphis. Once back in Nashville, he joined South Central Bell (now AT&T) and worked the next 38 years, primarily in residential installation and repair. He spent the last 17 years working out of the White House, TN work center and was one of the oldest employees still climbing wooden phone poles with boot spikes at the time of his retirement in October, 2010. Once retired, Lloyd, Becky, and their special friend, Dennis Roberts, became avid campers going to various state parks and campgrounds. Camping trips were for days at a time with Lloyd's primary job being to aggravate the fish in a nearby lake. Lloyd was a faithful Christian having grown up in the Brush Hill Cumberland Presbyterian Church and was a lifelong member. He taught Sunday School for years while leading youth groups. He served as a elder several years at the Brush Hill Cumberland Presbyterian Church. He also served on the Board of Missions of the Nashville Presbytery. Only few years ago did he move his membership to the Beech Cumberland Presbyterian Church nearer his home. He was preceded in death by his parents, Martin and Virginia Bearden and his daughter, Amanda Bearden. Survived by his loving wife of almost 48 years, Rebecca (Becky) Bearden, son Patrick, granddaughter Taylor Wirtz, grandson Jackson Wynne, and brother Kenneth (Nancy) Bearden. A Celebration of Life Service will be held on Saturday, January 15, 2022 at 10:00 a.m. and conducted by Rev. Paul Tucker of Brush Hill Cumberland Presbyterian Church, in lieu of his Pastor Jeff Dewees of Beech Cumberland Presbyterian Church that is unable to attend. Interment will follow in Spring Hill Cemetery. Serving as active pallbearers: Randy Loudermilk, Maurice Harding, Mike Dillard, Larry West, Mitch Healey, Dennis Roberts, Buddy Lawhorn, and Roger Logue. Honorary pallbearers will be the Stratford Class of 1969 and the AT&T employees and retirees. There will be a visitation on Friday, January 14, 2022 from 4:00-8:00 p.m. and Saturday 9:00-10:00 a.m. at Spring Hill Funeral Home in Madison, TN. In lieu of flowers, the family requests that donations be made to the Michael J. Fox Foundation for Parkinson's, Grand Central Station, P.O. Box 4777 New York, NY 10163-4777, or a memorial at Beech Cumberland Presbyterian Church or Brush Hill Cumberland Presbyterian Church. We are all family. Arrangements entrusted to Spring Hill Funeral Home and Cemetery, 5110 Gallatin Pike, Nashville, Tennessee 37216, 615-865-1101, www.springhillfh.com.

Thomas Lloyd Bearden, age 70, born on October 2, 1951 of Hendersonville went to be with the Lord on Tuesday, January 11, 2022. Lloyd passed away after a 13 year battle with Parkinson's that was complicated by recent surgery. He was a soft... View Obituary & Service Information

The family of Mr. Thomas Lloyd Bearden created this Life Tributes page to make it easy to share your memories.

Send flowers to the Bearden family.